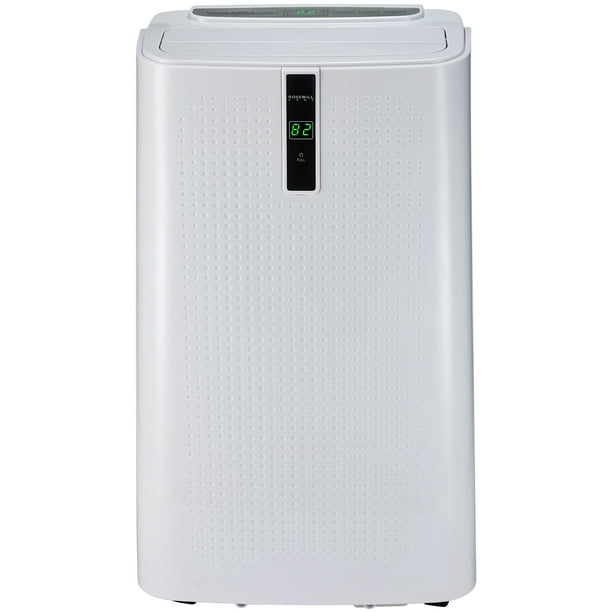 We aim to show you accurate product information. Manufacturers, suppliers and others provide what you see here, and we have not verified it.
Effectively covers spaces up to 300 sq ft in home, office, cabin or campers. Uses standard 120V electrical outlet. Window kit and exhaust hose are all included. Remove excess moisture without a bulky window unit; Easy-roll caster makes mobility from room to room seamless. Lastly, its swing function spreads cool air to where it's needed most. Quickly adjust your settings or use the included remote control to switch between 2 speeds, 24-hour automatic shutoff timer. Removable EVA filter screens indoor air for a fresh and refreshing ambiance. Dry Protection Function to increase the service life of the compressor; it has a 3 minute delay booting protection function after the compressor is turned off. Modern digital display panel offers interface for setting the stylish appliance at your fingertips.

What others said when purchasing this item
I needed unit that gave me the three things this one provides
William, purchased on September 2, 2020
12000 BTU for about the same prices 8500 to 10000. However I still have to Try the product upon arrival
David, purchased on August 30, 2020

Might be a little louder than a window unit. Note the fan has 3 speeds and it works much better for a quick cool down at F3. It works good for the size room it is designed for, I think it was 300 sq feet. Not sure if the luvers open and close while using. they do open up when turned on so maybe the do if you set it with the remote. I did not need that function as I knew where I wanted it directed and it stayed in place. It would be nice if they had a super quiet mode for once you have a bedroom cooled down and just needed it to work at a minimum; perhaps no portable does that. The F1 is not too loud as the sound is directed up and your laying down in the bed to the side.

Extremely cool. Ran for 2 hours and was able to turn it off. Maintains about 72 Degrees in the Room. Hose is a bit large

I just received my ac/heater easy to install and very quiet sounds like fan on low, love, extremely happy; if changes- let you know

I looked at many and narrowed it down to this one. I prayed about it, then ordered it. I ordered it on a Thursday and receive it the next day, Friday ( S

Instructions were hard to decipher but works really well!

Instructions were not very clear. There was no mention of my problem. The window shield was several inches too long for a standard size window. Customer service wasn't any help and they did not follow up as promised. Machine seems to be performing well. Delivery was fast. Hopefully, I won't experience any issues that require customer service.

Too loud; broken upon arrival

Well, this multi-functional cooler/heater/fan sounded very good. However, upon arrival the unit was broken; broken plastic was found in the bottom along with a screw. Then, upon using the unit to cool our bedroom, it was extremely loud! We were ok with it until we were ready to sleep. We put in Sleep Mode, which is supposed to racket-down the sound for 7 hours after a couple of 30 minute temperature changes. Well, we thought it did, then we were awoken by loud on and off sequences, so we had to turn it off. The second thing wrong with it is the remote that you use to open and close the directional flaps on top was not functioning; we had to manually open the flaps as they were stuck closed, not allowing any cool air out. When I called Customer Service both issues were not supposed to happen: 1) flaps could not be controlled by the remote, and were not opening at all; and 2) the Sleep Mode was not engaging. They have issued a tag to ship back for free, but won't replace the unit until the broken one is received, and we have to take the unit to the UPS Store - it weighs 70 lbs. To say the least, we are not happy. However, we will try the replacement to see if it will work for us; if not, we'll be returning directly to Walmart. I'd have to say the shipping cardboard/packaging may have to be changed for this item, especially if it arrives broken again.

Features are ok and its looks nice but it defeats the purpose as it is not cooling when i received it. Hassle to install it and uninstall and return. Waste of my time.

Get specific details about this product from customers who own it.